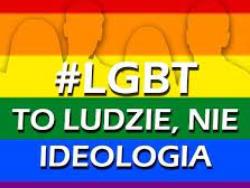 5 July 2021 - The Polish minister of education Przemyslaw Czarnek called the equal rights march on 19 June in Warsaw an insult to public morality. He asked if the participants were normal. He later came back of this remark, saying he had meant the protester’s cross-dressing behavior was not bizarre, “not the participants themselves”. But at the same time he called non-heteronormative desire a perversion.

Thousands of people – not only LGBT people - joined the Equality March to protest the insidious accusation of “LGBT ideology”. People took banners saying: we are people, not an ideology”. The protesters called for an end to discrimination against LGBT people and against the abuse of education to indoctrinate young people in right wing nationalism. The education ministry has recently announced planned reforms, including boosting the role of government-appointed school inspectors and changing students' reading lists to include more nationalistic texts and the works of the late Polish pope.

Schools should not be inclusive

Czarnek also did not want "inclusive language" to be used in schools. He said that in Polish schools the Polish language is obligatory, not a language of inclusiveness. He did not seem to realize he implied that Polish is, or should be a discriminatory language. Agnieszka Dziemianowicz-Bak, a progressive politician, said the education minister was using a language of hate. She said his hate-speech causes students to self-harm or even kill themselves.